Nakissa “Naky B” Farmand, born in Canada with a Persian background, developed a great interest for reggae music from an early age. Her passion for Roots Reggae, Lovers Rock and Dance hall music has steered her to Jamaica on a regular basis, doing live shows in St. James, Montego Bay, Kingston, Barbados and Canada.

Naky B is a solo artist as well as the lead singer of a Reggae Soca band “Island Tempo” since 2008 and is a talented lyricist/song writer. She provides a diverse range of high energy songs and represents true, to herself as an artist, Caribbean styles on stage. Naky B’s music comes from many genres and is presented with exciting and lively rhythms.

Her singles include: “Naky B Loves Jah”, “Woman of your Dreams”, “Bulletproof Dress”, and “Feel So Good”. Her cross border appeal, unique look and strong vocals is just an indication that Naky B is making a mark locally in the Canadian/Jamaican reggae scene.

Performed at the Ottawa Reggae Festival 2009 with the band Island Tempo. She shared the stage with Shaggy, Tanya Stephens and Pressure.

She headlined the Ottawa Reggae Festival 2010 with the band Island Tempo.

In 2010, Naky B graced the stage opening for Richie Stephens, Singing Melody, Copper Cat and Trilla U.

In 2011, along with a live interview, her song “Naky B Loves Jah” received airplay on CBC radio 1 Ottawa.

In 2012, along with a live interview on the “Morning Show” at CBC radio 1, Ottawa, Naky B’s song “Just in Time” touched the airwaves.

In 2011 & 2012, Naky B has Performed at the Montreal International Reggae Festival opening for artists such as: Popcaan, Assassin, Jahvinci, Gyptian, Konshens, Chris Martin and more.

In 2012, Naky B has launched her first album called, “Heart of a Lioness”, released under her independent label “Persian Princess Records” which was fully produced in Jamaica. 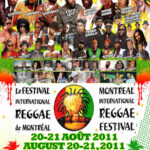 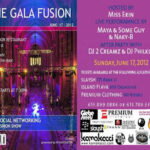 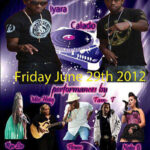 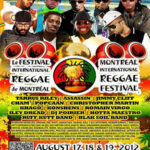